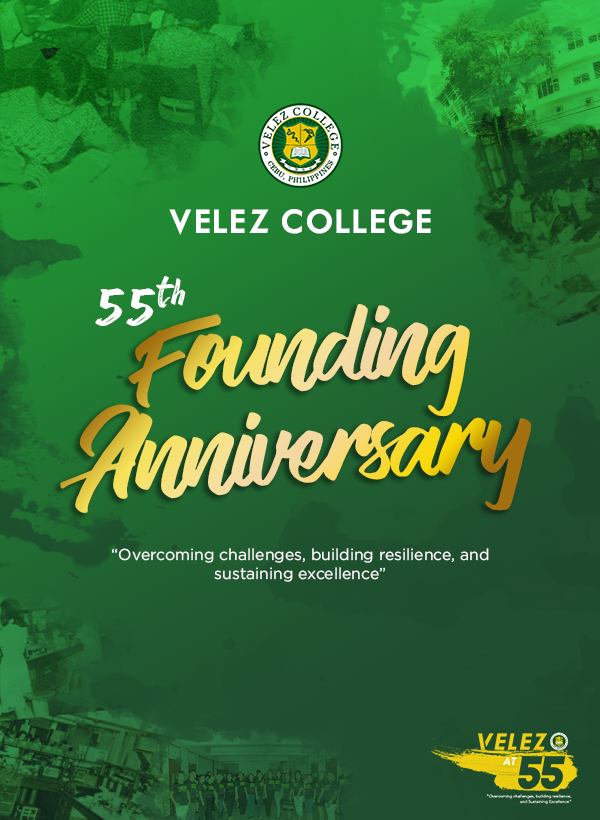 VELEZIANS: NURSES WITH THE HEART FOR SERVICE

Turn your desire to help others into a fruitful career in health care.

Welcome to Velez College-College of Nursing, where generation after generation of high-caliber, globally-competent, effective and efficient nurses are nurtured and trained to provide quality, holistic and patient-centered care. Within the hallowed halls of our institution, excellence and wholehearted service are a way of life.

Long since considered one of the national leaders in nursing education and ranked among the top ten nursing schools in the Philippines with consistently high annual performance rankings in the Nurses Licensure Exam, Velez College-College of Nursing cultivates compassionate caregivers, agile thinkers, top-notch researchers and creative, astute practitioners.

Our clinical instructors and professors are at the top of their respective professional fields.Classes are small, hands-on, and richly infused with a host of disciplines. Most important of all, students have the chance to practice exclusively at our very own health facility, Cebu (Velez) General Hospital.

We invite you to enroll and enjoy the benefits of studying and training with us! Be a VELEZIAN nursing student and uncover from within yourself a nurse with the heart for service!

BRIEF HISTORY OF THE SCHOOL OF NURSING

After several years of services to the community, the management of the Cebu (Velez) General Hospital felt the need of training good nurses. The School of Nursing was then founded in 1952 by the late Mrs. Epifania Mendoza Velez with the support of her husband, the late Dr. Jacinto Velez, Sr., and the cooperative efforts of the medical and Nursing staff of the said hospital. The school graduated 26 full pledged nurses on April 2, 1955. On April 12, 1955, the school was given Government recognition (#88).

On April 16, 2008 the Technical Committee for Nursing Education (TCNE) of the Commission on Higher Education (CHED) held one of the Regional orientation on CHED MEMO # 5 S-2008 entitled “Policies and Standards for the Bachelor of Science in Nursing Program”, which was only implemented for 1 school year in 2008-2009. It was revised and implemented effective school year 2009-2010 under CHED MEMO # 14 S 2009, which is the present curriculum.

The hospital offers varied health care settings for proficient clinical practice. Affiliations with other health agencies are arranged for the students to provide them ample clinical experiences in the field of psychiatric Nursing and Community Health Nursing. Recognizing the need for rural and urban community health nursing experiences, the College organized its rural community health services in Sitio Mabolo and Canumay in Basak, Mandaue City and in Paknaan, Mandaue City in collaboration with Cebu Institute of Medicine. Later in 1979, the college affiliated with Cebu City Health Department for urban community related learning experiences. Then the curriculum was changed to a competency-based, integrated and community oriented program. The college selects a community wherein the institution can assist residents in making them self-reliant and self-sufficient according to their capabilities and resources. From its first graduation on April 1955 till March 2011, the institution has graduated 5,807 nurses.

The faculty and registered nurses that staff the nursing service department of Cebu Velez General Hospital are so selected to provide the necessary guidance and supervision of the students’ education in realizing the philosophy of the institution to prepare responsible, humane beginning nurse graduates/professionals.